And the nominees for Best Picture are… All at the Belcourt!

And the nominees for Best Picture are… All at the Belcourt! 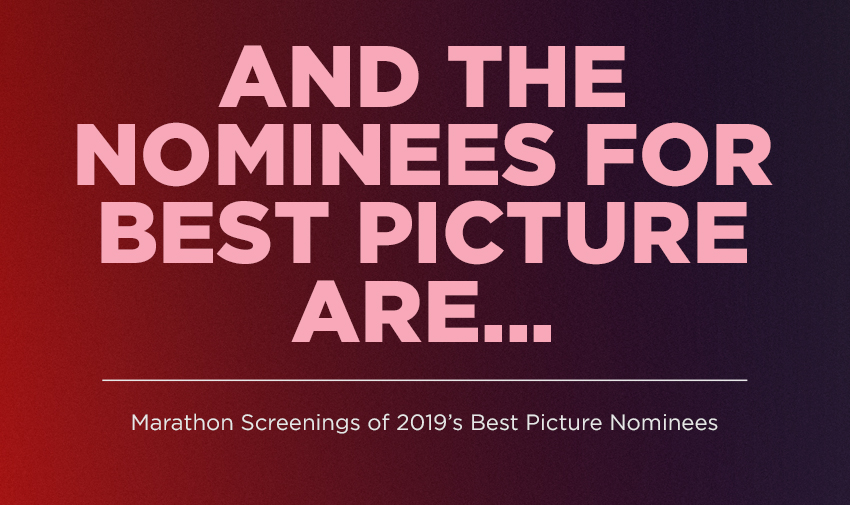 And the nominees for Best Picture are… All at the Belcourt, Thursday through Saturday, Feb 21-23. Schedule your own screening marathon before the Academy Awards® on Sunday, Feb 24. (And join us for A Red Carpet Evening to watch on the big screens.) Click here for a CHRONOLOGICAL SCHEDULE.

After the death of his father, T’Challa returns home to the African nation of Wakanda to take his rightful place as king.

A foot-stomping celebration of Queen, their music and their extraordinary lead singer Freddie Mercury, played by Rami Malek.

In this top-to-bottom reimagining of the costume epic, the Duchess of Marlborough (Rachel Weisz), and her servant Abigail Hill (Emma Stone) engage in a sexually charged fight to the death for the body and soul of Queen Anne (Olivia Colman) at the height of the War of the Spanish Succession. Directed by Yorgos Lanthimos (THE LOBSTER, THE KILLING OF A SACRED DEER).

Viggo Mortensen and Mahershala Ali star in this road-trip adventure based on a true friendship that transcended race, class and the 1962 Mason-Dixon line.

Alfonso Cuarón’s semi-autobiographical film is an immersive, compassionate and technical wonder that, though set in the 1970s, speaks directly to contemporary Mexican society.

Seasoned but trouble musician Jackson Maine (Bradley Cooper, who also directs) discovers and falls in love with struggling artist Ally (Gaga), whom he coaxes into the spotlight.