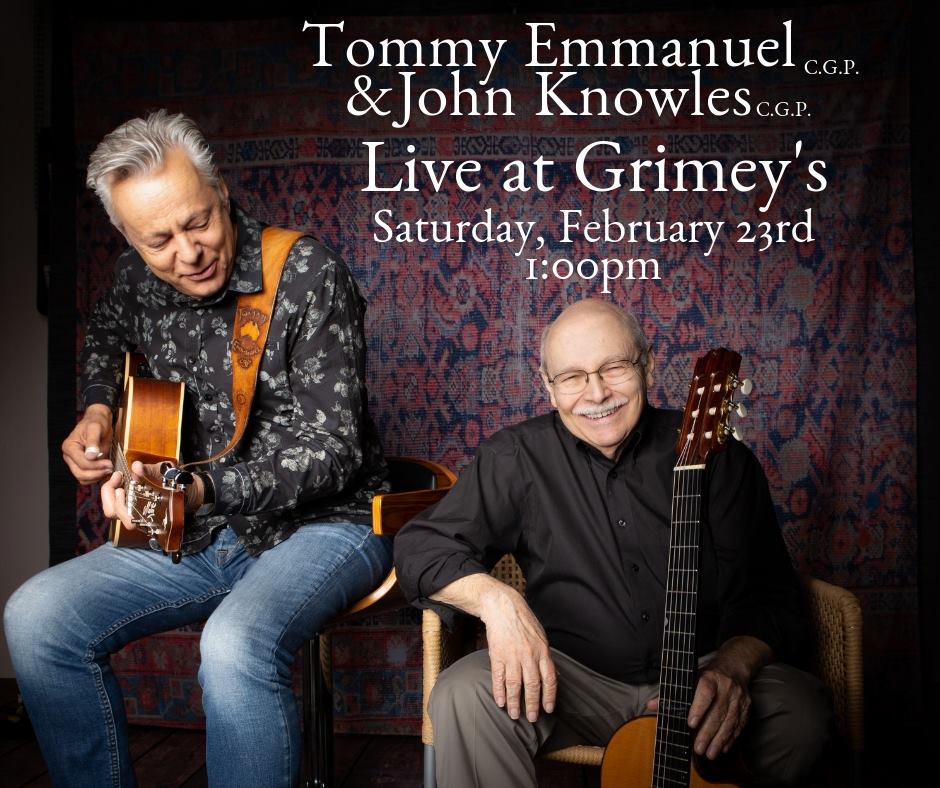 In music as in love, one + one can add up to not two but a new and greater one. On Heart Songs two of the world’s greatest guitarists, Tommy Emmanuel and John Knowles, make this clear. Both are masters of their instrument, honored by the iconic Chet Atkins with the rare designation of CGP (Certified Guitar Player). Their early journeys were dissimilar. Emmanuel began his in Australia, grew up on the road with his family’s band, settled as a teenager in Sydney and left his rock band to launch a spectacular solo career.

Knowles followed a more academic path, eventually earning a PH.D. in physics from Texas Christian University but then electing to pursue his true love of music. Inevitably they would cross paths, become friends and perform on stages and clinics around the world. Their styles are distinctive but for that very reason they mesh seamlessly, with Knowles generally creating sophisticated but compelling foundations over which Emmanuel’s guitar soars in astonishing yet always musical flights.

Tommy Emmanuel & John Knowles will honor Nashville with what’s sure to be a stunning live performance in celebration of their new collaboration! Heart Songs is released on January 11th and the free, all ages live performance is Saturday, February 23rd, at 1PM. Please note the earlier-than-usual in-store time and join Grimey’s!