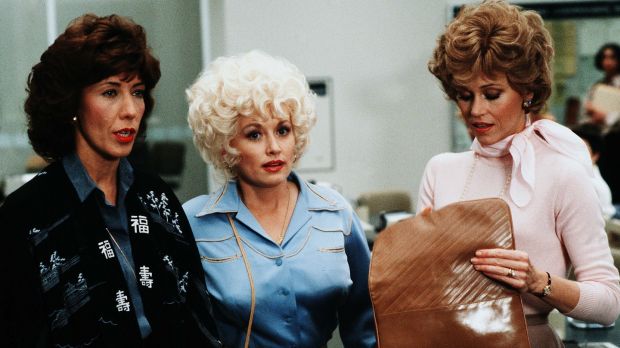 Away from the offices of Consolidated Industries, three secretaries (Jane Fonda, Dolly Parton, Lily Tomlin) spend a night sharing a joint while entertaining fantasies of killing their chauvinist boss (Dabney Coleman). When one of them panics the following day because she suspects she’s really poisoned the tyrant, the trio respond by abducting him and running the business themselves.

As for 9 TO 5 as part of our ongoing Music City Mondays, is Dolly Parton’s namesake #1 hit enough to justify inclusion? Consider that it not only went on to be adapted for both a TV series and a Broadway musical while launching Parton—already an established singer/songwriter—into a permanent icon of pop culture—and the answer to that question is an emphatic “Atta Girl!”

Part of Music City Mondays at The Belcourt Theatre this Monday! Make sure to bring a crew and watch Dolly, Lilly and Jane take on toxic masculinity!