Nashville based The Prescriptions Live at Grimey’s This Friday.

Nashville based The Prescriptions Live at Grimey’s This Friday. 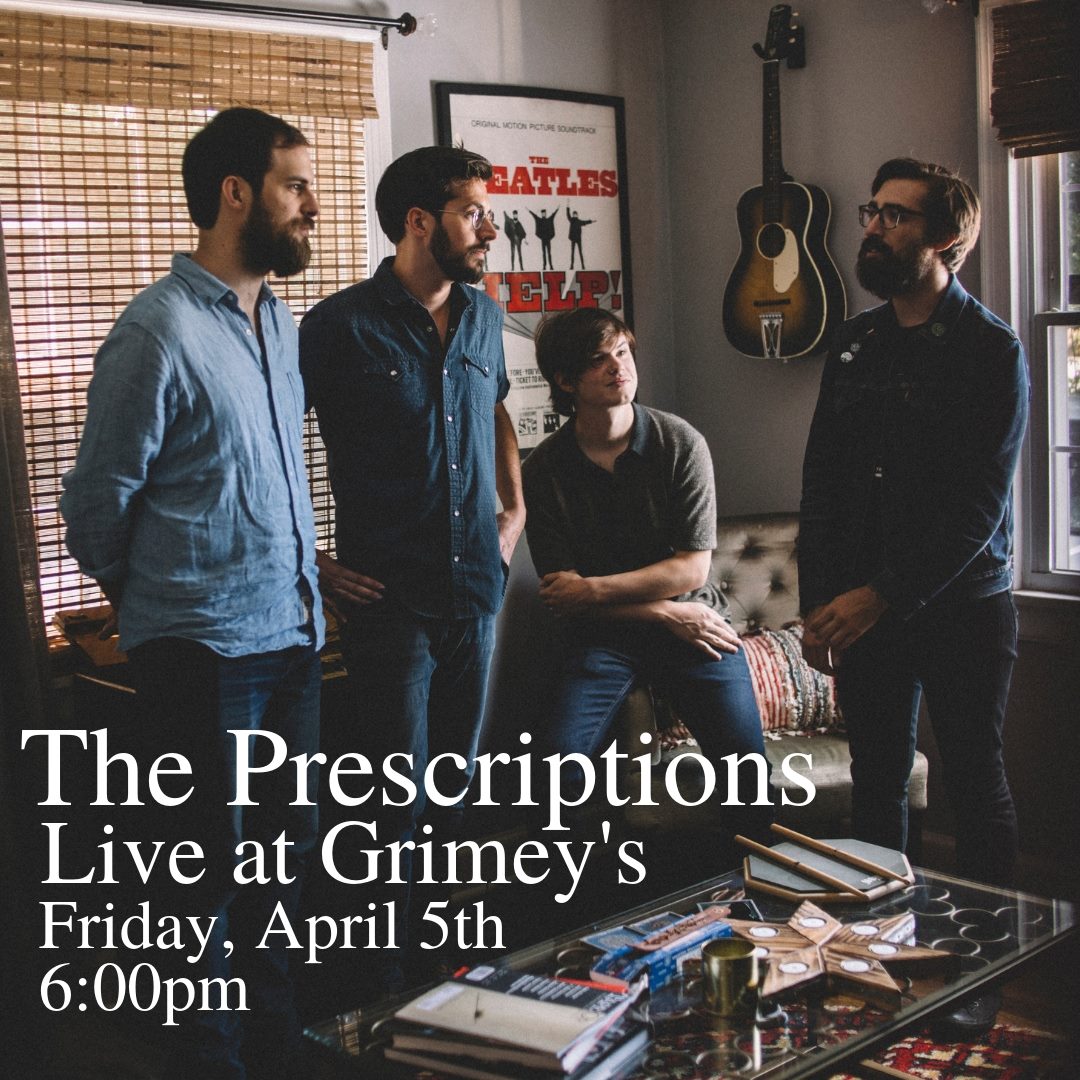 Formed in 2015, Nashville based rock band The Prescriptions have quickly become a “must see” act in the southeastern regional music scene. Following the release of their EP ‘Either Side’ in 2016, they have maintained a healthy performance schedule while continuing to move forward musically. On April 5th, 2019 the band will be releasing their first full length LP “Hollywood Gold” on Single Lock Records.

“Hollywood Gold, which is due out April 5th, 2019, demonstrates a considerable breadth in Hays Ragsdale Ragsdale’s writing, ranging from Laurel Canyon folk rock and Americana to echoes of vibey new wave and power pop.” –Billboard Magazine.

They will be live at Grimey’s New & Preloved Music (1060 East Trinity Lane) this Friday at 6pm. This is a great warm-up before the big day next Saturday with Record Store Day coming to Grimey’s.