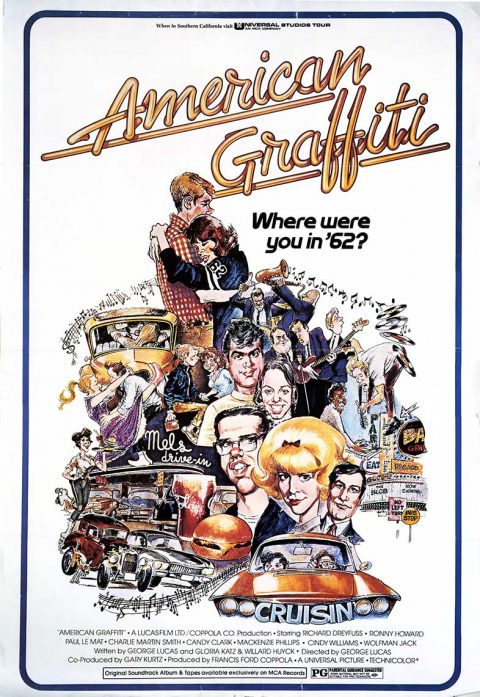 A summer night in 1962 becomes the focal point in the lives of four small-town California teenagers as they face decisions, both immediate and long term, about the directions of their lives. Steve wants to break up with Laurie, his devoted high school sweetheart, and pursue new experiences away from home. Curt is hesitant about going away to school and leaving the comfortable surroundings of family and friends. John tries to maintain his ‘too cool for school’ image as a hip guy, but can’t seem to shake a nagging awareness that life is somehow passing him by. Finally, there’s Terry, the nerdy wannabe trying to fit who still manages to screw up. During the course of the evening, their stories intertwine and separate, and by the next morning, their lives will be changed—some only temporarily and some for a lifetime.

Part of Music City Mondays. Showtimes posted the Monday prior to opening.