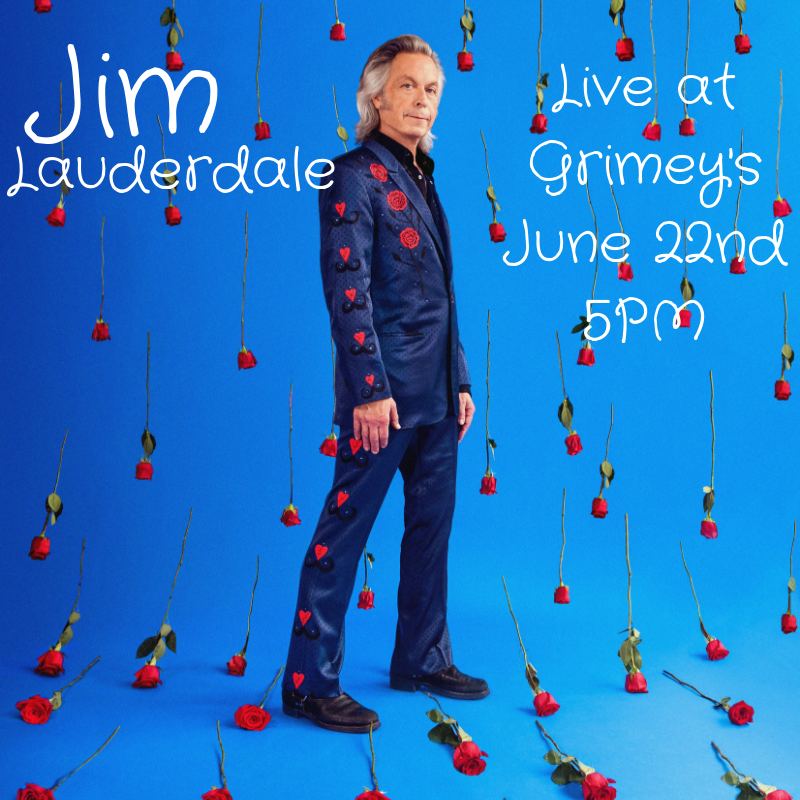 Two-time Grammy-winning Americana icon Jim Lauderdale returns with his 32nd studio album From Another World, a twelve-song collection of empathy, love, forgiveness and humility, an antidote to the anger and divisiveness of today’s world. The album includes collaborations with such like-minded co-writers as country legend Melba Montgomery, award-winning producer-songwriter Buddy Cannon, and emerging Americana star Logan Ledger. McCartney-esque melodies, Dylan-esque lyrics, bluegrass, and twangy psychedelia collide on From Another World. Jim has once again opened his heart wide and delivered a beautiful record where country music still cries with the sound of pedal steel guitar and beautiful lyrics flow through aching indelible melodies. Join Grimey’s for a free, all ages in-store performance by Jim Lauderdale on the Grimey’s stage on the day after his new album is released!